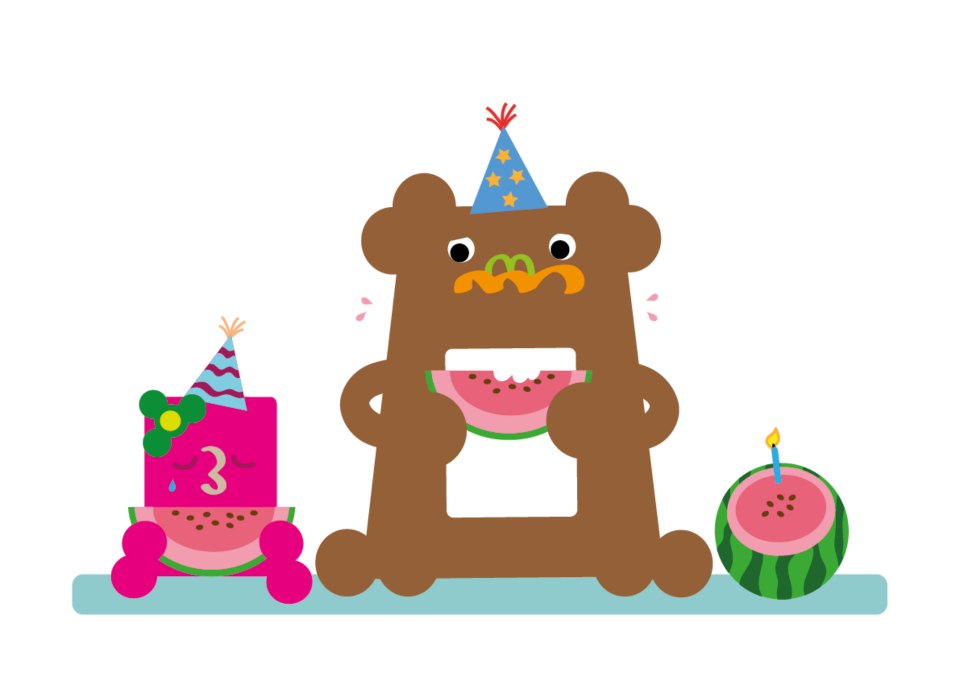 BBM had anticipated that Pinkxi will be excited on her birthday but Pinkxi was visibly upset and said she didn’t want to have another birthday “ever”.

BBM asked why she had such a negative reaction to an otherwise cheerful occasion, she noted that it was not “special” like her friends’. It was not “special” because she did not get to plan a party, invite her friends to the party, nor did she get a “lovely scrumptious chocolate cake with colourful balloons and a lot of presents”. Instead, all she had was a ‘watermelon’ cake that BBM had prepared for celebrations in her class (there’s a no-cake rule in her school to prevent allergic reactions in certain kids) and “everyone has a watermelon cake”.

BBM realised that at 5 years old, Pinkxi is no longer was a mere player to BBM’s grand plans but is beginning to take ownership in her life such as choosing who she wants to be around her on this special day, feeling proud to be able to share her joy (of becoming a Big Girl or sharing a scrumptious chocolate cake, for that matter) and being special from the many presents she will undoubtedly receive had her friends turned up for a “spectacular” birthday party. Hence Pinkxi being upset is certainly justifiable, given that her “wants” are no different from anyone who needs to feel special from time to time.

However it offers a good opportunity for a short life lesson.

BBM stopped short of bringing Money into the lesson (i.e. telling her it costs $X too throw an X-sized party blah blah and hence she should help save up if she wants XYZ). Perhaps Money should be best left for small tangible goals like saving up for a pencil case while equating Money to life’s milestones may not get wired up properly in a 5 year old’s mind. Instead BBM found this:
http://goo.gl/YkGrxt (photo project by James Mollison)

BBM talked Pinkxi through most of the photos and asked her to describe what she saw in every shot, after which BBM reiterated that all needs are pretty much the same (comparing to what her bedroom’s like) but life’s bells and whistles are well…just bells and whistles. While there was no promise of a birthday bash with all her friends next year, BBM suggested for next year’s birthday, they should draw up and post off “surprise! I-love-you” cards to her faraway grands, uncles and aunties for a change. Pinkxi seemed quite tickled by the idea and her spirits were lifted slightly.

Then BBM and Pinkxi went off to get a slice of rainbow cake to celebrate.