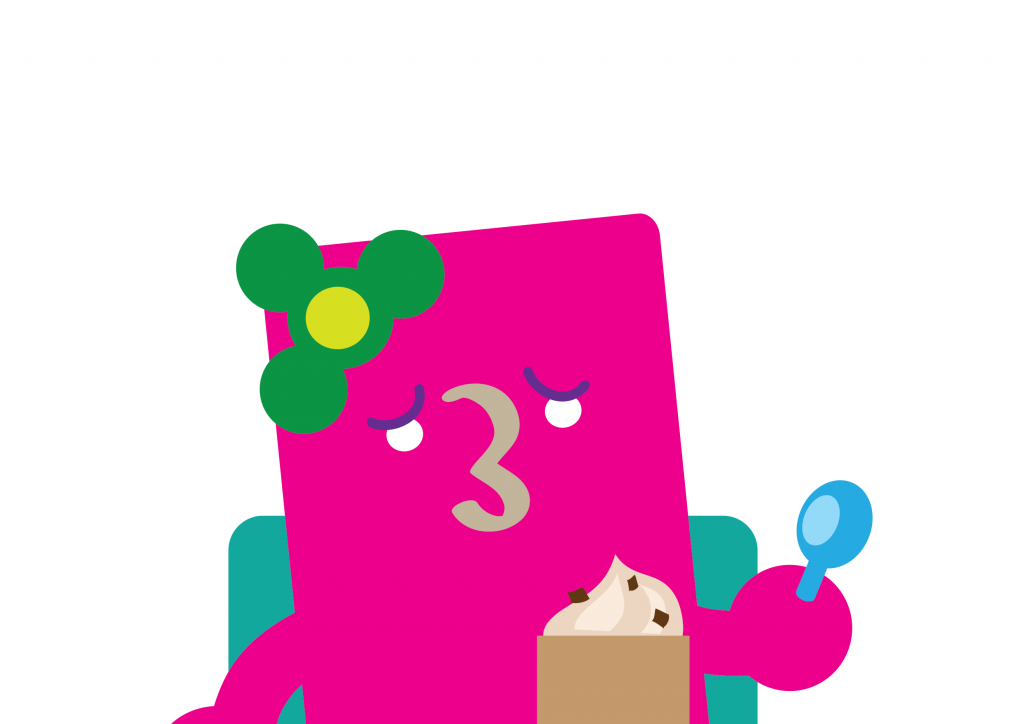 Pinkxi came home looking visibly upset yesterday. BBM was wondering why she would have felt that way since it was not too long ago that she had celebrated her birthday and she was certainly looking forward to the end-of-year festive period.

Pinkxi sulked and mumbled that one of her critter friend had teased her about not being “big enough” to play “big critter games” & hence she couldn’t possibly have “turned a year older” recently. Apparently it had repeatedly poked at Pinkxi’s height and suggested she lied about being a year older in front of her other critter friends. Pinkxi teared when she told BBM that her assertions of being a year older were met with further taunts from this critter.

BBM gave her a pat, sat themselves down and served up some ice cream to cheer her up a little (more importantly, to cool his head before letting the summer heat pick his angry bone). Pinkxi was able to settle down and let on that her critter friend was physically bigger for its age and they had celebrated her birthday prior in school. She was confused and hurt about how a friend would say “silly things” to everyone and not let her join in the games like before.

“Yes, it certainly was silly isn’t it. Especially when we know others lie about things. Certainly, being longer, bigger or taller doesn’t mean that one is older. We cannot change or lie about when we are born and that is the truth. To say things that are untrue is simply being silly.” BBM reassured.

“But why did it keep saying silly things then?”

“Well….. there are always silly people who say silly things just to feel good about themselves. And there are also sillier people who say sillier things just to hurt others, which is really really not very nice. Sometimes people will choose to be silly even if you keep trying to tell them what’s true. You’ve done a great job telling the truth and you need not be upset and hurt by silly people.”

BBM sensed that Pinkxi was still unsure what to make out of her critter friend in between her scoops of ice cream, perhaps on hindsight, his answer wasn’t as well crafted. At this age, he reckoned that little critters ain’t naturally malicious and Pinkxi would probably not hold a grudge against any of her critter friends.

As BBM was washing up the dishes, he wondered how any little critter could mutate into something “silly”. Perhaps they do so because they are insecure or had been made to feel inadequate in their little lives……BBM can only he wish that some of what he said sank into Pinkxi and hope that she grows up without being hurt too much by “silly” people.