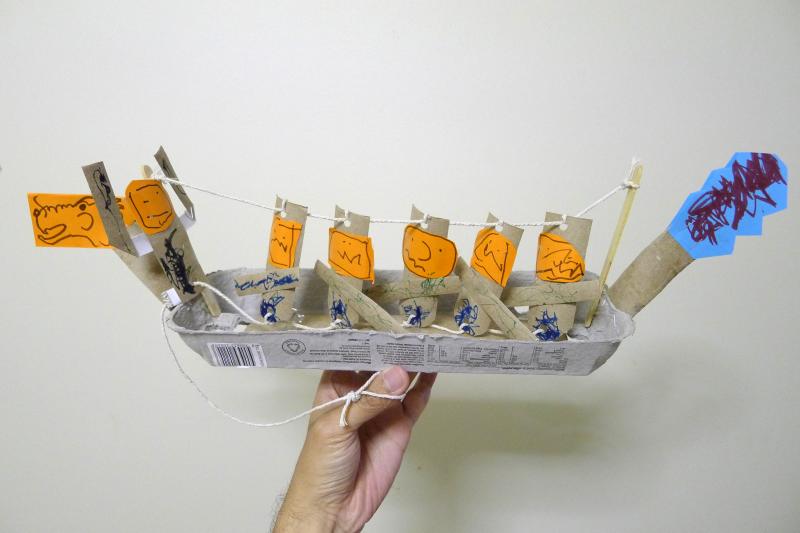 Kiddo saw a dragon boat race on our way to her childcare earlier this week. She was totally surprised that ‘so many people’ could fit into a very tiny boat and they ‘row row row very fast hor?’ So I told kiddo that we’d get round to make one this weekend.

It’s somewhat easy to do. You’d need he following material:

Here’s kiddo pulling the boat across some ‘green green water’……