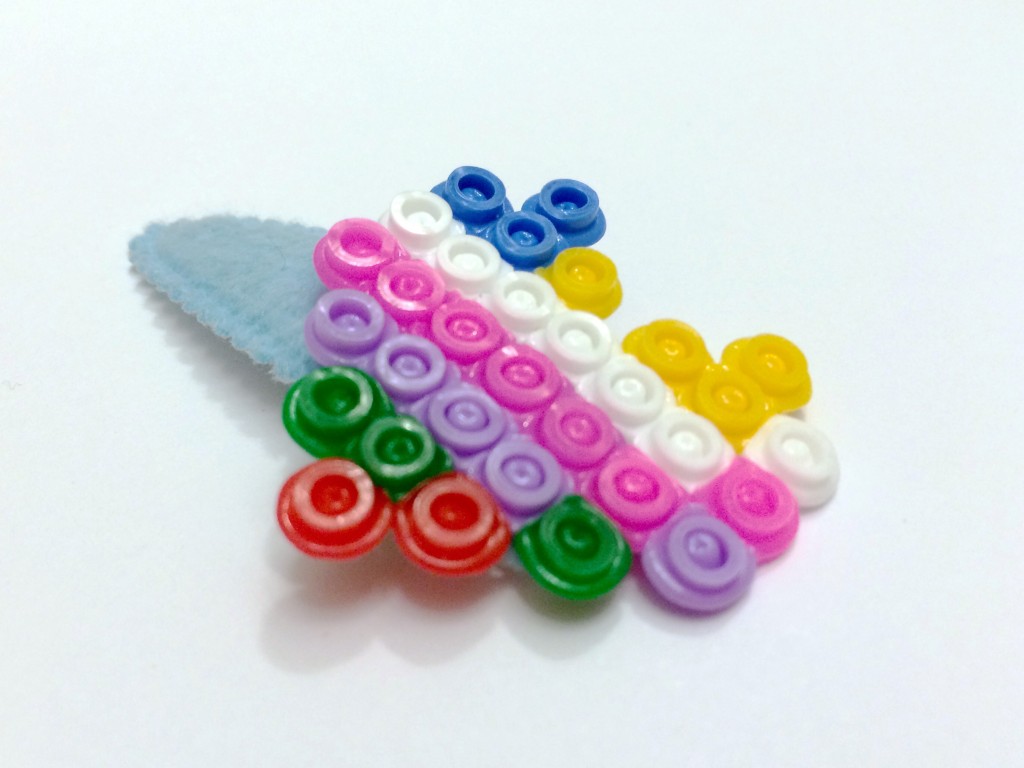 BBM was teaching Pinkxi how to get started with a new craft medium – fusebeads. Small beads and small hands go well together and there should be little or no learning curve, so thought BBM. Other than the limited range of colours in the jar of mixed beads, it was a certainly an inexpensive way to while away a couple of afternoons.

Hoping that Pinkxi will be wholly occupied putting little beads in place, BBM googled some simple and popular bead patterns and printed those out for the lil critter. Pinkxi started piecing together the patterns like fish taking to water and BBM, feeling assured that the lil critter will be caught up with the beads, went away to get the daily chores sorted.

By the time BBM got round to check on her, an excited Pinkxi was proudly showing off her first bead designs. BBM completely flipped with all the mixed colours and misaligned beads. He immediately chided her for the ‘wrong’ colours and began to set the beads in their right places. Pinkxi started to protest but unfortunately BBM was too caught up with ‘correcting’ her work than to notice how upset Pinkxi had become.

Pinkxi took her whimper an octave higher and finally got BBM’s attention. BBM sat up, startled not at how Pinkxi is reacting to his help, but rather how he had gone too far with the help. He had totally missed the point that Pinkxi also commanded respect and appreciation for her ideas and effort for her first go at the beads. BBM had done a total booboo of being a know-all parent, a type of monster that he vehemently tries not to be.

BBM gave a papa-sized apology-hug and asked if they could put back the colour beads back where she wanted. After they were done, BBM told her that it was ok to be upset with him because he can turn into quite a bit of a nasty monster sometimes (just like a kicking-stomping-grouchy version of her). But the important thing was to always try to listen and stop being nasty whenever a loved one reminds them so.

And how did Pinkxi’s beads turn out in the end? Just as pretty as how Pinkxi’s wanted to wear it 🙂